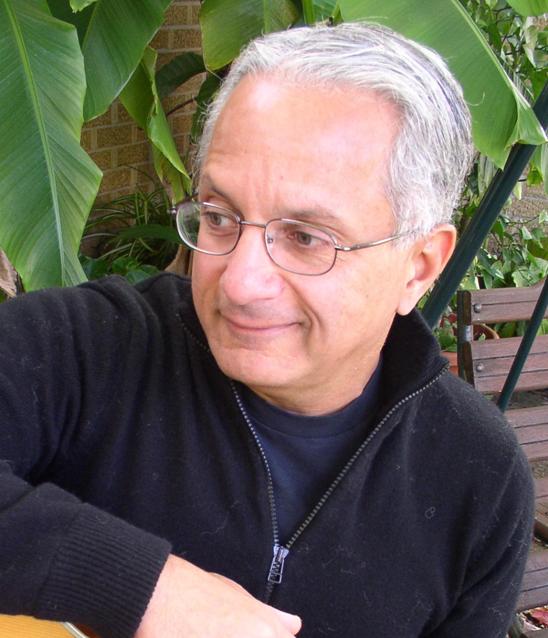 Ray Kamalay is a talented guitarist and singer from Detroit, Michigan. He has recorded several jazz records with his group, the Red Hot Peppers. Ray is noted for his work with many folk music groups and notable jazz artists such as the Chenille Sisters, Johnny Frigo, James Dapogny and Howard and Ralphe Armstrong. His collaboration with the Armstrongs earned a W.C. Handy Award nomination in 1998. Kamalay is also well known for his work in music education, giving lectures and demonstrations on historical music topics.
After completing a degree in philosophy from the University of Detroit, Kamalay began his career as a professional musician in 1974, concentrating on historic American music. In 1983, he formed his group, Ray Kamalay and his Red Hot Peppers. That group has included several notable jazz musicians over the years, including trumpet player Walter White, bassist Paul Keller and saxophonist Andrew Speight.
In 1992, Kamalay wrote a lecture called “World Slavery: the Haitian Revolution and the Rise of American Music”. This talk views American music in the context of world history and, most importantly, in the context of the international history of slavery. He has given the program throughout the eastern United States, including the State University of New York and the Carter Woodson Branch of the Chicago Public Library.
Today Ray continues to perform with his various groups. Besides Ray Kamalay and his Red Hot Peppers, Ray performs with The String Doctors and with The Howard Armstrong Legacy w/ Ralphe Armstrong. He lectures as well, and also teaches guitar with his book, The Secrets of Swing.
As you peruse these pages, please enjoy this “live” performance from earlier this year of Astor Piazzolla’s “Oblivion”
by Ray Kamalay and his Red Hot Peppers- Oblivion- http://youtu.be/TIAdYrzuS98